During my 42 years of teaching secondary English, 36 years at Richland High School, one of the most rewarding activities resulted when I paired my Creative Writing class with the Photography teacher’s class.  Students and teachers alike grew from the experience.

When I first approached the Photography teacher with my idea of collaboration, he was at first reticent, but quickly warmed to the idea.  It was simple.  I had a three-phase plan for our students.  Phase one: his photography students would take a picture of their choosing and my Creative Writing class would write a poem that captured for them the photo’s point or essence.  Phase two: my writers would write a poem and have the photography students take a picture that resulted from their reading and analysis of the poem.  Phase three:  Students who had not had the option of connecting with the other paired student prior to the group presentation were encouraged to work together…jointly choosing a topic for a poem and/or an idea for a photo.  After each of these phases/exercises, our classes would meet together in the library and a picture would be projected on the screen after the poem was read or vice versa.  In both cases, both writer and photographer would then have an opportunity to share their ‘creative/artistic’ intent and react to the other’s interpretation.

The time frame for these was basically seven to ten school days, during which students also worked on other class projects.  Specific due dates helped keep students working.  Poems had to be written, edited, and polished and the photos had to be taken and printed.  The photography teacher had all photos on a disc for viewing during the presentations.

Each presentation was brief…maybe five to seven minutes in length.  The picture was shown, the poem read or reversed.  After this there was a time for sharing by the artists.  Students were keenly interested in how their work was interpreted and were equally anxious to share their original intent.

baring those years before

You can imagine them, before it all went bad,

this building teeming with children’s voices,

Look at the looming remnant of trees;

they leaned hard, heard it all,

and shook their bristled heads.

Who knew what that could mean?

Or consider the ocean just beyond,

to their loss of hope.

You know the fog’s response,

could see clearly through that fog,

shook their gnarled fists at the sky.

bereft, empty as the church.

Then they were gone. 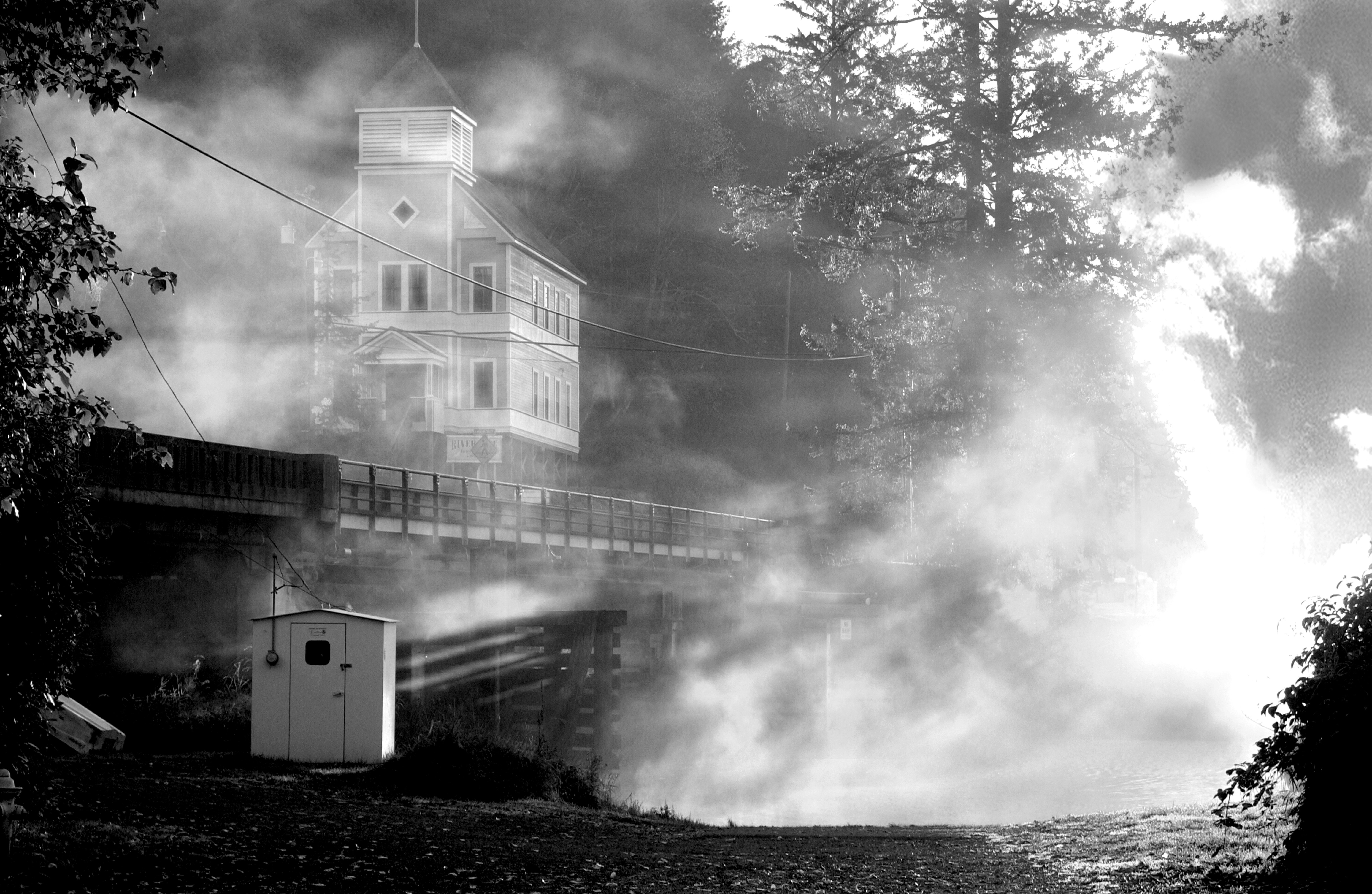