from Old French estranger, from Late Latin extrāneāre, to treat as a stranger

So much sadness in two syllables.

To say it, to be mid-saying it,

is to enter from a sunny antechamber

into a corridor of portraits

hard to look at straight on,

(because time stretches inside some words)

for clues or any other way out.

Then it’s said and done.

on the other side of its latch

that registers at the edges

Poem Ending with Lines from A Charlie Brown Christmas

I enter my childhood home a newly-minted

rifling through the kitchen junk drawer,

and the auxiliary rubber-band drawer

and the third drawer full of twist ties

and Styrofoam meat trays. I want like a robber

the silverware and the encyclopedia set.

I want my mother’s sense of her own beauty.

I want the sound of the house

settling at night. I’m the baby of the family—

I want my brothers to love me more than I deserve.

with Shakespeare: “To thine own self be true”

and “Actions speak louder than words.”

I want the prizes at the bottom

of every box of cereal ever eaten here.

Before we sell the house with its dear ghosts

and take our turn growing old, I insist

on one last game of Risk and this time

I will not cry and will demonstrate strategy.

All I want is what I have coming to me.

Following are brief reviews of four poets’ collected letters. For anyone who can’t quite penetrate the eccentricity of Marianne Moore’s poetry, or who misses the deep feeling beneath Elizabeth Bishop’s famous control, I recommend their incomparable letters. Wallace Stevens explains “The Emperor of Ice Cream” and other mysteries, though the mystery of his inner life remains mostly intact. And the correspondence of WC Williams and Louis Zukofsky documents the modernist and avant-garde poetry movements and a warm and supportive friendship.

Other reviews in Umbrella Magazine 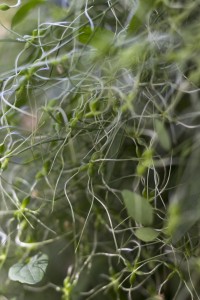